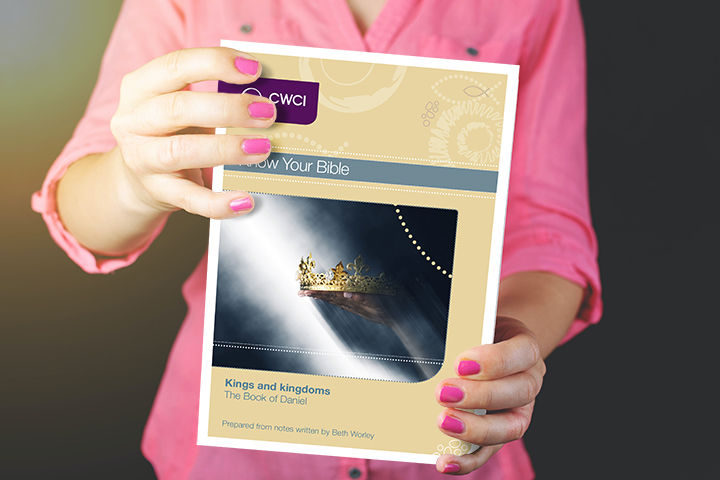 This is our first study based on notes written by Beth Worley. Beth is an experienced KYB Editor who also joined the KYB Production Staff in 2020.

In Kings and kingdoms, we pick up the story of God’s people Israel in 605 BC. The nation is in dire straits. God is finally bringing his promised judgement for his people’s idolatry and faithlessness. The Kingdom of Judah has been invaded by the Babylonian Empire, who are beginning a series of deportations of the people to the far off kingdom of Babylon.

Soon, Jerusalem will be utterly destroyed by Babylon, set on fire and left in ruins for generations to come. There is no longer a Davidic king. The kingdom ceases to exist and all but the very poorest of the people are in exile in far off countries.

Where is God in all this? Why did the ungodly, foreign king win? Wasn’t God powerful enough to save his people? What hope is left?

You may know some of the classic stories — Daniel in the lions’ den, or the fiery furnace. But the message of Daniel goes much deeper. It is a timeless and timely message in the present-day uncertainty about conflict between world powers. Prepare to be challenged by just how powerful our God is. He is not defeated by kings or armies or world events. While human kingdoms rise and fall, he is the sovereign God of heaven who rules eternally!

What did our pilot groups think of this KYB study?

“The wonder, splendour and character of our Mighty God is revealed so clearly in this study of Daniel, a must for all who love to study God’s word. I have thoroughly enjoyed it. It is one of the best KYB studies so far. I highly recommended it.” — Heather

“I have been challenged, encouraged and surprised through the Daniel study. The accuracy with which God revealed the future to Daniel is incredible. Daniel was a book I did not understand before but I have learnt so much through doing the study.”  — Renae

What are you excited to learn about in this study? Share in the comments below!