The God who speaks – Pt 1 – Song without words 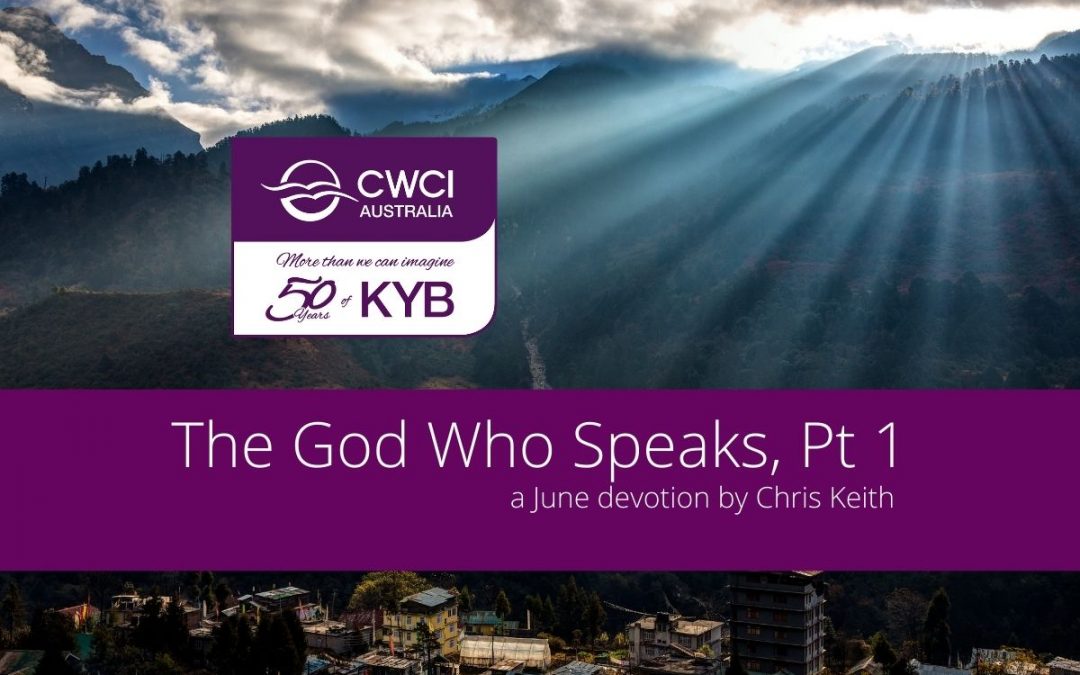 The God who speaks – Pt 1 – Song without words

The German composer Felix Mendelssohn wrote a series of piano pieces called “Songs without Words”. He said that he wanted people to listen to the music and then form their own words to match what the music was telling them. Psalm 19 is a Song of David, written for the Director of Music. It is a song that speaks about the different ways God reveals Himself to us. Today we will look at God’s ‘song without words’ that can be seen in creation.

Creation sings of the glory of God. The song that pours forth paints the picture of a gushing spring continually pouring out fresh water. Likewise, David is saying, the skies continually pour out fresh words of revelation about God. We do not worship the sun or the moon or the stars, but we do worship their Creator. Our complex universe, which runs so perfectly day after day, tells us of a Creator who is all-powerful, all-knowing and in control of everything.

Verses 3 and 4 tell how creation’s voice reaches to the ends of the world, then verses 5 and 6 pan out to focus on the sun. The sun is a wonderful example of the glory of God being seen throughout the entire universe. David pictures the sun making its journey across the whole sky with power and rejoicing. He uses two images to describe this journey. He says it is like a devoted bridegroom coming out of his tent to be with his bride; or like a champion athlete determined to finish a race.

The skies plainly give a message in a universal language that everyone, everywhere, can understand. But sadly most people ignore this message and choose to live as if God does not exist. Yet, as amazing as creation is, it is still limited in what it can tell us. Next time we will look at the rest of the Psalm that reveals even more of God’s great plan and purposes for all creation. In the meantime, you might like to share with someone what you learn about God from creation.

Something to sing about

You may like to listen to one or more of these songs: Creation Song (Fernando Ortega); Lord of Creation (Jack Copley Winslow); Indescribable (Chris Tomlin).