The Snake and the Cross 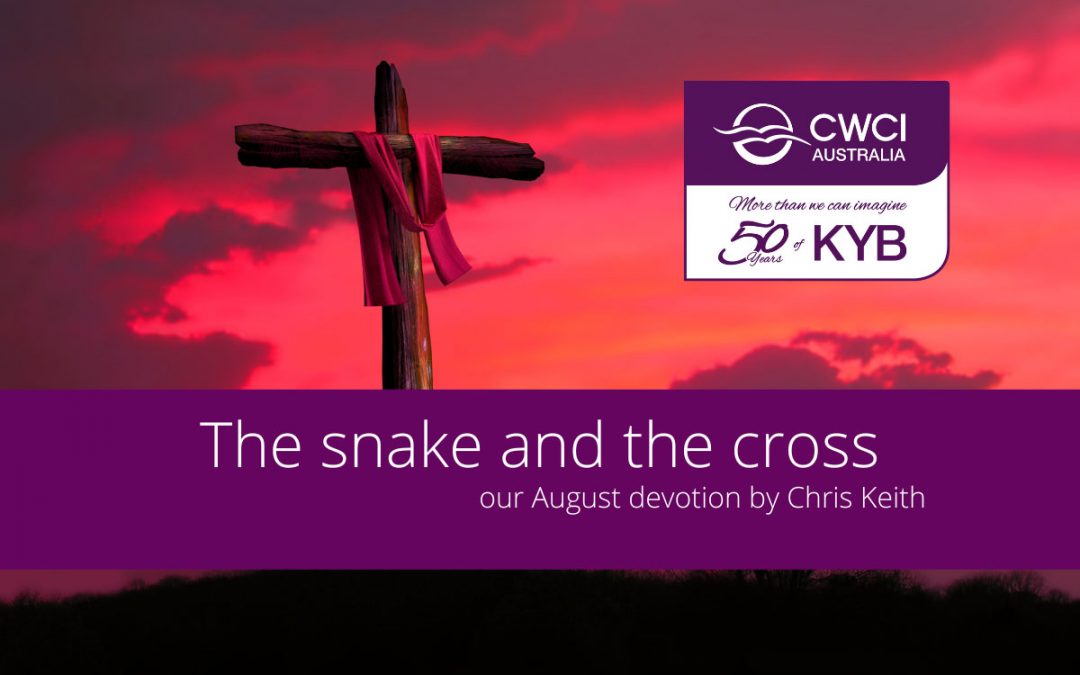 The Snake and the Cross

Snakes (or serpents) are mentioned over 80 times in the Bible. From the first reference to Satan as the ‘crafty snake’ in Genesis 3, to the ‘ancient snake, who is the devil’ described in Revelation 20:2, we see the cosmic battle of good versus evil being played out through all of history. Today we look at an incident that happened during the 40 years that God’s people were wandering in the wilderness, waiting to enter the Promised Land. We then see how that event foreshadows and points to Jesus’ death on the cross.

God had brought the Israelites out their slavery in Egypt. He had brought them safely across the Red Sea. Yet as they journeyed through the wilderness, they grumbled and complained against God and against his chosen leader, Moses. It seems they had forgotten how God had provided for them and blessed them. Let’s remember to keep thanking God for all the blessings he gives us so that we do not fall into the same sinful trap.

The snakes made the people realise that they had sinned against the LORD and against Moses. God could have taken the snakes away, but instead he told Moses to make a bronze snake and put it on a pole where everyone could see it. This bronze snake served as reminder of their sin. But God showed his mercy and grace to those who were bitten and were about to die. They only had to look up at the snake so they could live.

Let’s now see how Jesus uses this story in John 3 as he talks to Nicodemus, the Pharisee who came to Him by night. Jesus tells Nicodemus that to see the kingdom of God he must be born again. But Nicodemus finds that concept a bit hard to follow. So Jesus explains it, drawing on Nicodemus’s knowledge of the bronze snake.

Thank you Jesus, for going to the cross – for bearing all my sin and guilt and shame;
Your love has captured me, I’m forgiven and set free, may I always live to praise Your holy name! (CK)

Something to sing about

You may like to listen to one or more of these songs as you mediate on what Jesus accomplished for us on the cross. Jesus, Thank You (Pat Sczebel); How Deep the Father’s Love for Us (Stuart Townend); It was finished Upon that Cross (City Alight); and The Power of the Cross (Getty and Townend).