The privilege of safaris 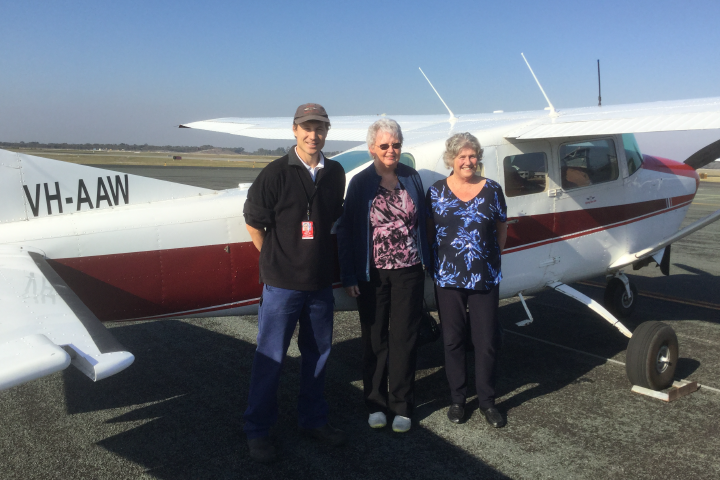 Where does a safari start? In the heart of God and the prayer of faithful women.

No matter where you are when a safari team comes calling — hosting, attending, asking yourself “Should I go to this meeting?” — you are being covered in prayer. Or perhaps, as a team member you are up in the air, literally; or preparing for a meeting, or just finishing one and praising God for what he has done in you and through you. You, too, are being prayed for.

For me this safari meant being part of a team along with our speaker, Nola Hill and our pilot, Steve Cavill from Outback Aerial Missions. Together we visited and held meetings at Birdsville, Thargomindah, Quilpie, Longreach, Tambo and Blackall. For many these towns are little more than names on a map but for us they were precious destinations planned for us by God.

‘Privileged’ was the word most often on our lips; privileged to have the opportunity to meet some really remarkable people; privileged to see the landscape many only view on a television screen; privileged to fly with a wonderful pilot, and privileged to be part of this work in God’s kingdom. We felt his hand on us in blessing wherever we were.

We met a young lady who had run from the south of Tasmania to Cape York; a mum with her five children living faithfully in their community; a chemist who knew God had called him to be where he was, working with youth and encouraging his Christian brothers and sisters; a delightful woman for whom life had often been a struggle yet who praises God for where she is with him; her friend who leans into God daily drawing strength to do what she does in her community; and another who spoke with the heart of the woman whom Jesus healed when, in faith, she touched the edge of his prayer shawl.

In all the meetings Nola shared the stories of women interacting with Jesus; women who were noticed by Jesus; women valued because they were loved by God and called to be his daughters.